The Legond
The Steel Man 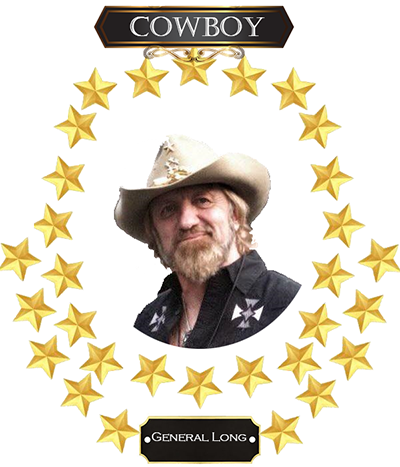 “Y’all will probably think I’m crazy, but the song ‘Day Tripper’ by the Beatles was out when I was five years old and it came to me in a dream how to play it. I got up the next morning and my dad had a guitar, so I grabbed it and I just played it. I guess it came from the Lord. That’s all I can tell you—it was just like ‘Here it is. I’m giving you this gift.’ I knew what I was going to be when I was five years old.”

~ ‘That Lonesome Song’
The pedal steel guitar, played by Cowboy Eddie Long, is the defining ‘sound’ of Jamey Johnson and the backbone of Jamey’s band, the Kent Hardly Playboys. The melodic, yearning sound is the thread that weaves through the album.

~ Accidents Happen…for a Reason
The gift from God he received at 5 years old has been used for the last 30 years: 23 albums with Hank Williams, Jr., three albums with Kenny Chesney, two albums with Jamey Johnson, studio work for The Atlanta Rhythm Section, Confederate Railroad and over 10,000 demos, not to mention years of touring with Hank Jr. and Jamey Johnson, and most recently helping up and coming artists like Randy Houser.
After picking up the guitar at the age of five through divine intervention, Cowboy shared his gift by playing in gospel bands in his hometown of Fairburn, Georgia. He played guitar, bass and trumpet before discovering his passion for the pedal steel guitar. “While listening to the late Garland Nash I knew that playing steel guitar was what I wanted to do”. He found his talent for the instrument nearly by accident at 14 years old when he sat down for the first time at the pedal steel guitar and started messing around. According to Cowboy, Nash noticed and told him ‘That’s no joke, boy, you’ve got a touch for that thing‘.
Another ‘accident’ at age 16 left Eddie with a broken neck and confined in a Stryker frame for over six months. During this time, unable to go to school, he played the steel guitar for 16 hours a day. Eddie recalls, “I got about five years’ worth of practice in those six months. I came out of that neck brace and I was good to go.”

~ Going to Nashville
Cowboy worked as an Assistant Manager of a Winn Dixie to save enough money to buy a good pedal steel guitar. In 1975, at age 18, he asked Nash if he could call some of his contacts in Nashville to help him find a band there. In spite of the two scholarships he had earned for college by “bustin’ my butt” in high school, he told his dad, “I’m gonna go give music five years, and if I’m not with a top-name act by then, I’ll come back and go to college.”
When he was 19, he had the opportunity to play in front of his musical idol Julian Tharpe, a great steel player who helped to pioneer the pedal steel as a legitimate instrument in many areas of music including Jazz, Rock, and Country. He asked Julian (“the greatest steel guitar player ever”) what he could do to improve himself. “I asked him ‘Well, what did you think?’ and he said ‘What you oughta do is lay off about 2 weeks and then quit.’ It broke my heart but it also toughened me up a little bit. I told Jamey [Johnson] about that and he said ‘You know what? That really makes sense because if you are gonna quit over that, you don’t have no business out here anyway.’ “
He spent nearly three years with a sit-down band in Birmingham to further hone his skills. With his five-year deadline approaching, the guitar player with the band left to join Hank Williams, Jr. on tour and recommended Cowboy to Hank. Hank hired Cowboy on April Fools Day 1980. Well, Hank was no fool. In Cowboy’s own words, “it was on after that.” The first album he played on with Hank was the ‘Rowdy’ album which included staples such as ‘Dixie on Mind’, ‘Texas Women’ and ‘Are You Sure Hank Done it This Way’. A young Cowboy shines on ‘Footlights’.
Touring with Hank prepared him for working with Jamey Johnson. “I guess the main thing is that Jamey does his set list EXACTLY like Hank did—he doesn’t have one! Hank was either really bad (or really good, I’m not sure which) about jumping from song to song, even in the middle of a song. Sometimes we could just read his mind. And so I became very, very, very aware of everything that was going on on-stage at all times—I mean every beat. After 15 years of that, it just becomes an instinct, almost like we learned to read his mind. I learned so much with Hank. He only had one rule: ‘Get up there and kick butt and if you impress me I’ll keep you.’”

~ “Here’s All Your Paperwork”
Those spoken words by Cowboy, followed by the lonely cry of the pedal steel guitar, are the first sounds heard on ‘That Lonesome Song.’ “Jamey had a demo session he wanted to do and had a normal circle of musicians that he used for his demos, but he wanted to try it with me and Wayd [Battle] as opposed to the other two guys he had been using. Jamey was also having trouble finding somebody on drums so Swine [Kevin Grantt] said ‘I know somebody who can come in and nail it’ and that turned out to be Dave McAfee, the drummer who played for Toby Keith. Of course, add in Moose [Jim Brown] on keyboards and that was the original Kent Hardly Playboys. It was the first session we had ever done together. We first went into the studio for what was only supposed to be a three-hour demo session and we came out four hours later with 12 songs. We just went into there, no overdubs, no nothing, and came out with ‘That Lonesome Song’.”
And about that signature sound that is used to bridge the songs together? “When we got through with the first song, ‘High Cost [of Living]’, it was just going to be a fade where everybody jams out until the end. Well, it came my time [to jam] and everybody just kind of quit. I went into a transition there and that’s when Jamey said ‘Hey, let’s keep doing that’. So, we went to the next song and he said ‘when we get through this next song, just play’ so I did and I just try to get us into the next key. Very little of it was overdub and most of it was on the spot. I’d actually move the charts right before the end of the song so I could see what key the next song was going in. I’d never heard the song before —I was just saying ‘I hope this works’ and most of it actually works. It was both fun and challenging.”
In some of the silence toward the end of the songs when all you hear is steel, you can hear a slight hum. Cowboy explained, “Yep, that hum was me. We had a little bit of a grounding problem… They said they wanted to keep it because it sounded ‘real’. In fact, if you listen closely, in one spot of the album you can hear Wayd’s chair creak where he reached over to phase.”

~ ‘The Guitar Song’
The album ‘The Guitar Song’ had debuted at #1 on Billboard’s Top Country Albums Chart and hit #4 on the Billboard Top 200 Chart. “What hits me home the most is ‘I Remember You’ and I love ‘Front Porch Swing [Afternoon]’. I can actually see myself in that song—it actually paints a picture where I can actually smell the apple pie. I’m not cutting off the other ones at all, though. All the songs on this album are great.”
While his steel acts as the primary instrument for transitions on ‘That Lonesome Song’, the new album uses other instruments to bridge between songs. Cowboy explained, “That’s what Jamey wanted to do… to have that same feel for the new album. I went into those sessions thinking ‘Aw, Lord I hope I haven’t exhausted my brainwork on the first album.” He added something a little special to ‘Heartache’ he explained. “I had this little program on my rack that gave me the monster sound that you can hear at the end of ‘Heartache’. That’s the steel, I came up with that sound, presented it to Jamey and he liked it so it was added.”
The end of his creativity is certainly not approaching, as shown on the wholly acoustic version of ‘Mental Revenge’ on ‘The Guitar Song’ where he masterfully plays an instrument that’s not his favorite — the Dobro. “It started from the radio tours where Rowdy and Jamey and I would take a Dobro and 2 guitars and we played live radio shows. We got to where we were jelling pretty good so one night in the studio, Swine had his upright bass there and I just happened to have the Dobro and we were just messing around. … I’ll be honest with you, I never was a big fan of playing Dobro. My opinion was that the only difference between a fiddle and a Dobro is you can’t stomp on a Dobro barefooted.” [He roars with laughter.] It’s also noteworthy that Cowboy’s Dobro is the sole instrument on ‘Four Walls of Raiford’, sung by Jamey Johnson on the Lynyrd Skynyrd Tribute album.

~ Jamey Johnson
“He is the most unpredictable man that I have ever worked with—and I love it. Most of the time, we’re just havin’ fun up there.”
And what makes this group of musicians click so well together? He says, “We’re all believers [in God]. Most of us have religious backgrounds, their dads were preachers, or they grew up prayin’ in church, so that’s one of the spiritual things.” This feeling of being blessed and chosen to play this music is reiterated by a passing band member who sincerely says “I’m waking up every day thankful for the music and doing what God put in my heart to do”.

~ Coffee with Cowboy
Coffee has taken the place of booze and other vices which he believes has helped him achieve an even higher level of playing. “If anything is different between touring with Hank and Jamey, it’s probably the drinking. I’ve been sober for seven years now. I didn’t really start blossoming and become really successful until about five years ago when I laid the other gods down, and my primary god was drinking. I was drinking three cases a day and I drank like that for years. I was doing well, but I wasn’t doing as well as I should have been.”
“I’m not gonna lie, we had a blast [touring with Hank Williams Jr]! There was so much craziness back then that this [touring with Jamey Johnson] is really ‘normal’ compared to that. Of course, I was young, I couldn’t do that now. I don’t miss the drinking; I miss the FUN we were having 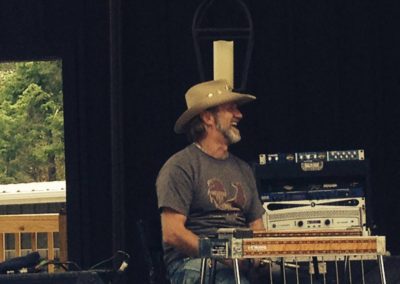 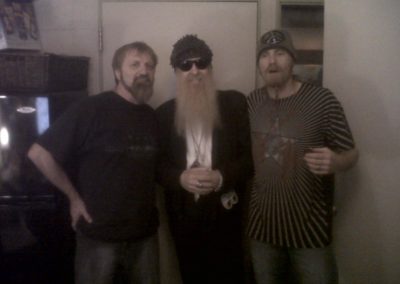 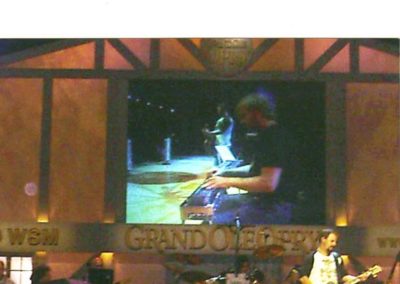 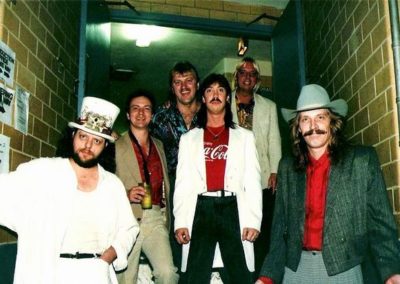 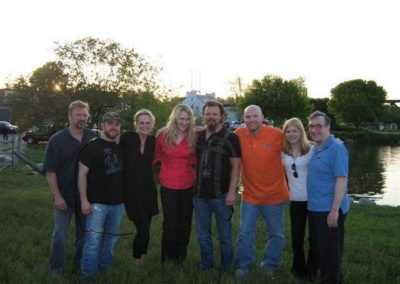 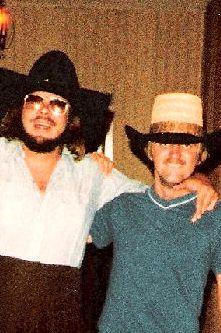 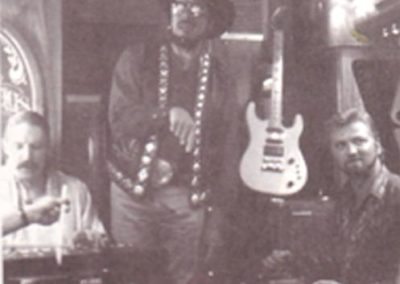 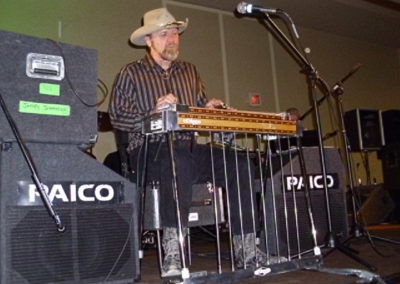 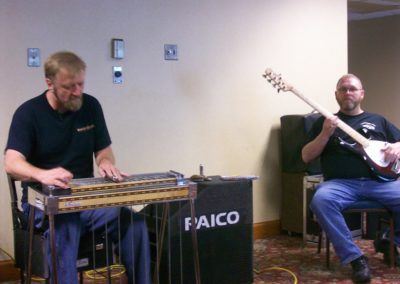 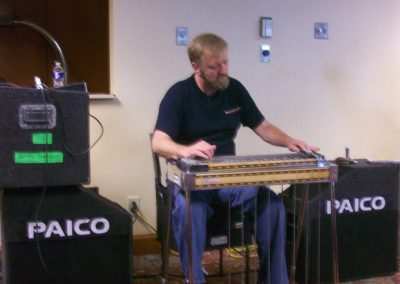 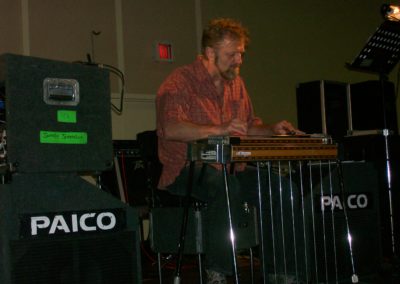 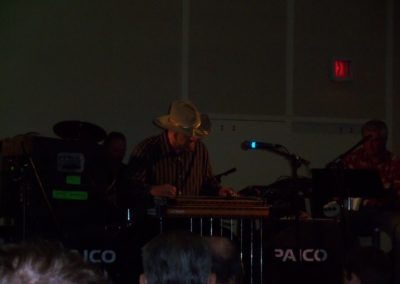 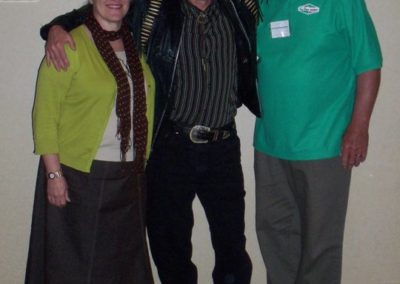 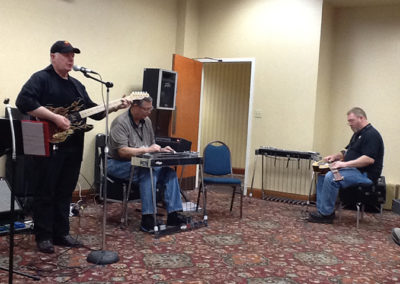 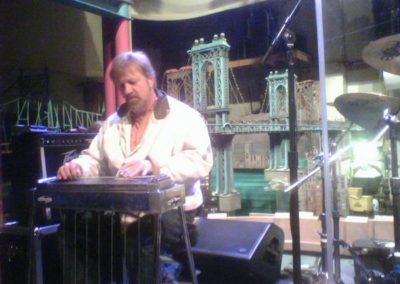